This summer I am reading The Letters of Vincent Van Gogh. I had discovered the book when I was in graduate film school at American University in Washington, DC in the early 1990s. A woman from the Deep South who was pursuing her MFA in painting suggested I read it. It consists of letters Vincent wrote to his brother Theo, a Dutch art dealer.

And although the book was written in the 19th century, Vincent’s words never seem dated. In fact, I could pull inspirational quotes from the book on a nightly basis, and if Vincent were alive today, he might be the host of a motivational podcast.

Through his words, we see that despite his financial, romantic, mental and emotional struggles, Vincent persevered, sacrificing everything to express his creativity and to paint works of art that will endure as long as humans walk the earth.

This passage is dated September 24, 1880. Vincent has made the decision to become a full-time artist and he addresses Theo with this opening line: “Your letter has done me good and I thank you for having written to me in the way you have.”

He describes some art studies he is working on based on prints and etchings that Theo had sent him.

He writes, “These studies are demanding & sometimes the books are extremely tedious, but I think all the same that it’s doing me good to study them.”

The following passage then caught my attention and stirred my heart:

“So you see that I am working away hard, though for the moment it is not yielding particularly gratifying results. But I have every hope that these thorns will bear white blossoms in due course & that these apparently fruitless struggles are nothing but labour pains. First the pain, then the joy.”

The words inspired me because as someone who works full-time and writes in my off hours, I rarely see progress; I often get discouraged because I spend hours working on projects that are rejected in the end. But still I press on.

And Vincent’s words are universal—they could be applied to people attempting to achieve a dream, as well as to anyone trying to survive the challenges of every day. I think about artists, actors, singers, students, teachers, entrepreneurs, couples and parents.

And fortunately—for both Vincent and for art lovers around the world—Vincent’s white blossoms did bloom in later years. 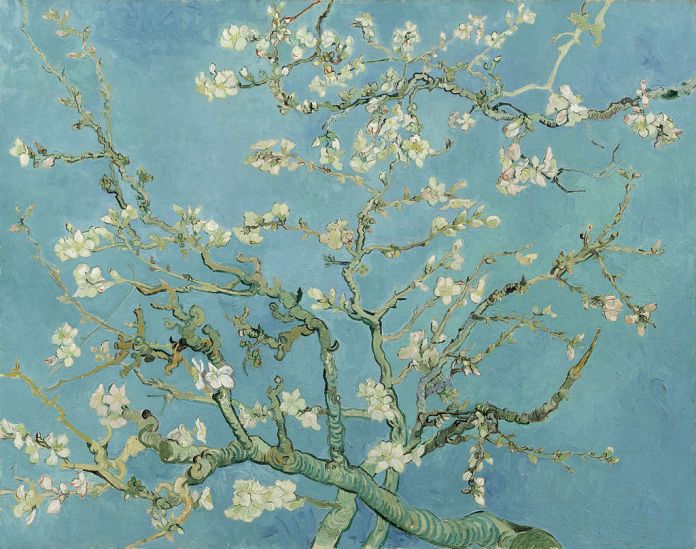 2 thoughts on “Wisdom from Vincent”