I found this piece of paper recently on a shelf in the Biblio Gallery, a small art exhibition and study space located on the fourth floor of E.S. Bird Library at Syracuse University. 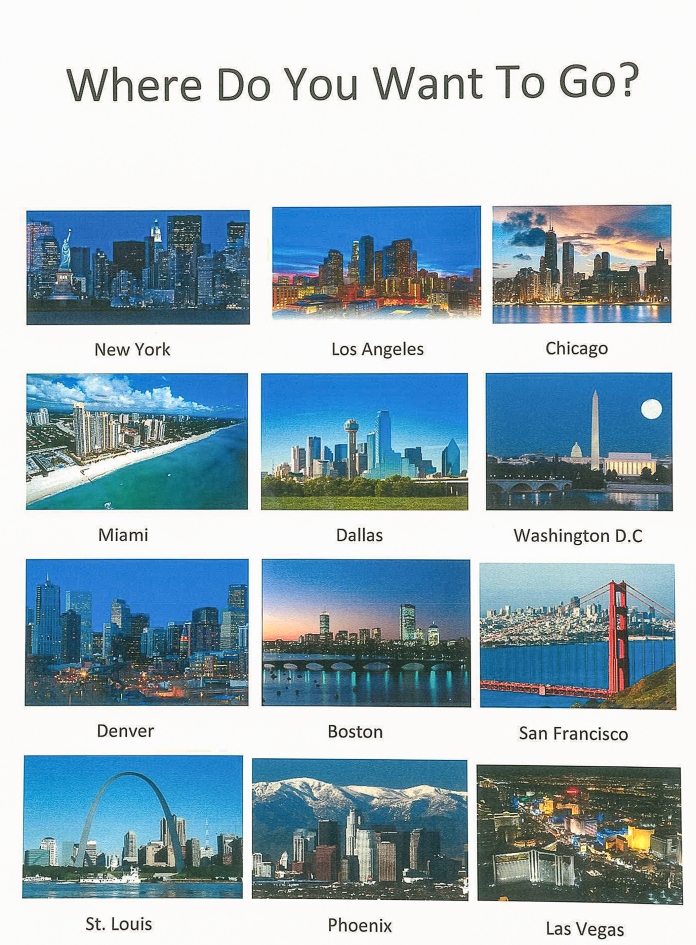 Where Do You Want To Go?

No text accompanied the sheet. And the open-ended question perplexed me. Did the writer mean “where do you want to go” for vacation or relocation? I wondered if the gallery had a hidden camera tucked behind the wall, with the lens zooming in on me, to pinpoint which city my eyes hovered on.

I thought about the question again and decided to play the game with the intention of making a new home in one of the cities.

Los Angeles, Chicago, Washington, DC and New York would provide the best career options for me, since I work in the field of media/communications, specifically video production.

After I finished college in the early 1990s, I dreamed of going to Los Angeles and working in the film industry, starting out as a production assistant and working my way up the movie business food chain. Instead I went to graduate film school in Washington, DC and then started working in journalism because I needed to repay my student loans.

But even today, more than 20 years later, the dream of residing in California still tantalizes me. I think about golden sunsets, waves crashing along the beach, gleaming skyscrapers and making friends with laid back Angelenos who can point out art house movie theaters, historic Hollywood architecture and the best places to go for authentic Mexican food.

I still get giddy when I see a California license plate standing out in a snow-covered parking lot in the middle of a Syracuse winter. And I desire to see my first and last name on an envelope followed by a California mailing address. I would probably buy colorful return address labels so I could attach them to the Christmas cards I would mail to my family and friends in central New York, rubbing it in that I would be warm during the holidays while they would be freezing.

But I think the best part of living in LA would be being able to listen to Vin Scully announce Dodger games and watching live thoroughbred races at Santa Anita Park. 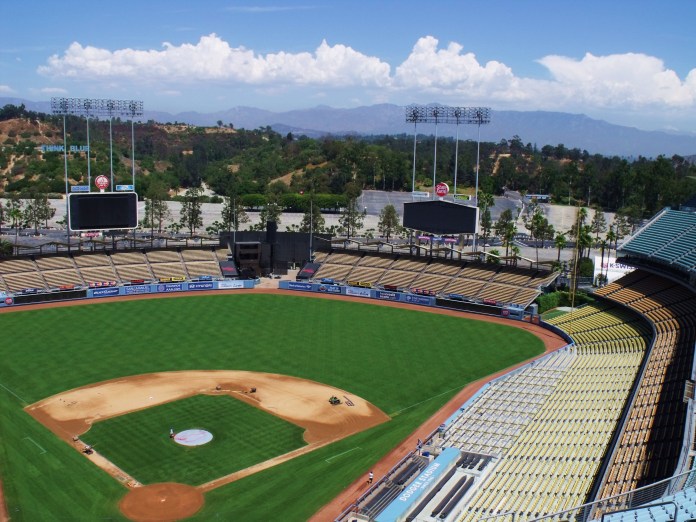 I looked at the sheet again and made my selection. It was definitely LA.

Of course I understand the risks of living in Southern California—the threat of droughts, wildfires, earthquakes, high crime and the insane traffic on the freeways. But I think I’d like to give it a shot.

And if it doesn’t work out, I could always pack up and drive cross-country back to Syracuse, where I could sit in my living room and make plans to go somewhere else. I could pull out the sheet I found at the library, cross out Los Angeles and say, “one down, eleven to go.”

But I considered the question again: “Where Do You Want To Go?” And two different thoughts popped into my head. One is … I could be happy living in any one of the 12 cities on the list, as long as I have a decent job and a place to live. And the second thought is … why do I have to go somewhere else? Why do I have to leave?

Is it possible to be happy right here in Syracuse? Or do I need to reside in one of these major cities in order to prove to myself that I’m successful, that I’ve made it, that I’ve lived up to my potential?

I’m still trying to answer those questions. So I’ll ask you: “Where Do You Want To Go?”

2 thoughts on “Where Do You Want To Go?”