One of my poems, Exorcism, appears in the Horror Writers Association’s Poetry Showcase Volume I. 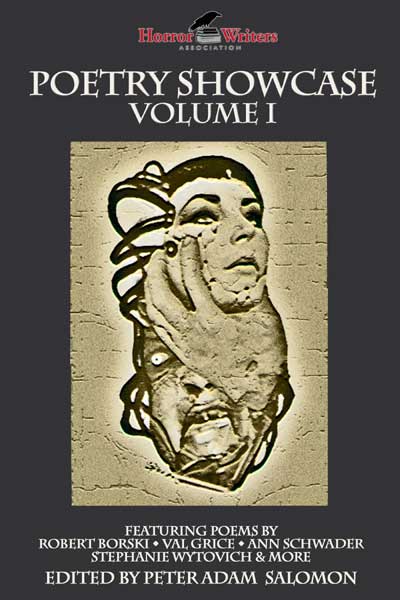 The anthology is now available on Amazon as a Kindle e-book.

And here is the poem:

At 4:31 a.m. a dream startles you.
They were sucking the air
out of your chest cavity.
Sister Theresa always said to watch out
for the demons lurking around you.

Sweat drenches your forehead.
You get up and move toward the kitchen.
A bullet hole of light pierces the living room.
You look through the eyepiece in your apartment door.
No one is there on the doorstep ready to break in.
But this knowledge does not reassure you.

You open the refrigerator door
and take a gulp of orange juice straight from the carton.
No demons are hiding inside the fridge,
just restaurant leftovers in a Styrofoam take-home box.

You collapse briefly on the couch,
staring at the color bars on the television set.
And then you suspect the demons have arrived
via the electronic hearth.

After washing your face with cold water,
you look in the mirror.
A shadow moves quickly behind your reflection.
You turn around, but it has already vanished.
The demons are closing in now.

You leave the overhead light on while curling up in bed.
You are still afraid to close your eyes.
You stare at the ceiling and then at the crucifix
hanging on a nail above your bed.
Then you hear Sister Theresa’s voice.
It is frail, barely a whisper,
but you understand what she says:
“Sleep now child, for you must fight later.”

“But what about the demons?” you ask.
“It’s too late,” she says.
“They’ve already built their nest
in the catacombs deep inside you.”