Today marks the birthday of my late father, Francis DiClemente Sr., who passed away from lung cancer at the age of 64 in August of 2007. He was a quiet man who led a solitary life. 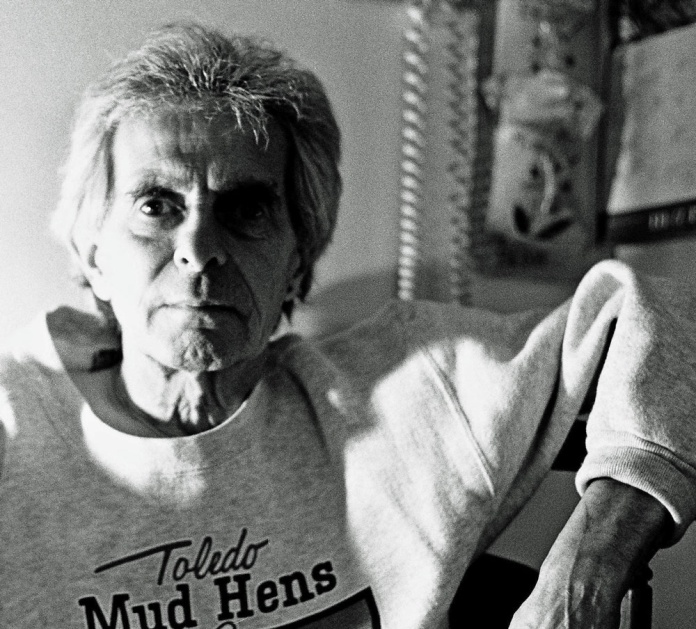 He put in 32 years at the Sears Roebuck store in Rome, New York, before the company decided to close it in the early 1990s. He rose to the ranks of a sales manager after starting his employment in his late teens, and he served in all departments: electronics, home improvement, heating and cooling, paints and even the automotive center. 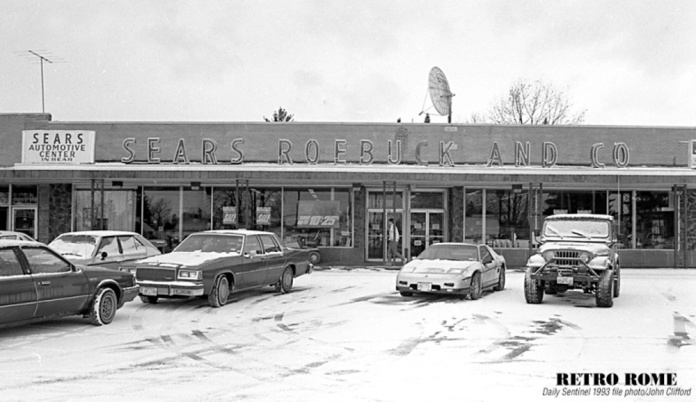 The Sears store in Rome in 1993. Photo by John Clifford/Daily Sentinel.

One of my childhood thrills was visiting him at the store after school, as we would descend a flight of stairs into a warehouse in the basement—filled with washers and dryers, lawnmowers, rolls of carpet and other merchandise. We would go into the break room, and he would buy me a soda from the glass vending machine—usually Nehi grape, root beer or Dr. Pepper—and then pour a cup of coffee for himself. We’d sit and talk at a little round table covered with the latest edition of the Utica Observer-Dispatch or the Rome Daily Sentinel newspaper.

Things I recall about him:

Being a devoted player of the New York Lottery. He scored some jackpots on occasion, including one that totaled more than a thousand dollars. But the scant prizes could never make up for what he spent on a daily basis.

After he died, I went through his room to clean out things, and I discovered innumerable losing lottery tickets stuffed inside one of his dresser drawers. I couldn’t understand why he would save tickets that held zero value. Was he trying to run the numbers through some elaborate mathematical system in order to calculate a winning combination, some key to unlock the mystery of how to beat the odds?

Being a habitual gambler with a penchant for playing football parlays. But his real joy came from betting the horses at the local OTB, sharing camaraderie with other men infected with the same urges, all of them standing around scribbling in the margins of the Daily Racing Form.

After the Sears store closed, he took a low-paying sales job at a carpet store. He complained about the crumbling upstate New York economy and grumbled about his bad luck, repeating the phrase, “I can never catch a break.” Even so, he endured his situation and became a valued employee at the store—one who was highly regarded for treating customers well and giving them deals whenever he could.

When he was diagnosed with cancer, the doctor told him he could try chemotherapy, but it would only give him a slim chance of living slightly longer. He decided against the treatment, noting, “What’s the point?” And so in February of 2007, he stoically accepted his fate, knowing he had only about six to nine months left to live. 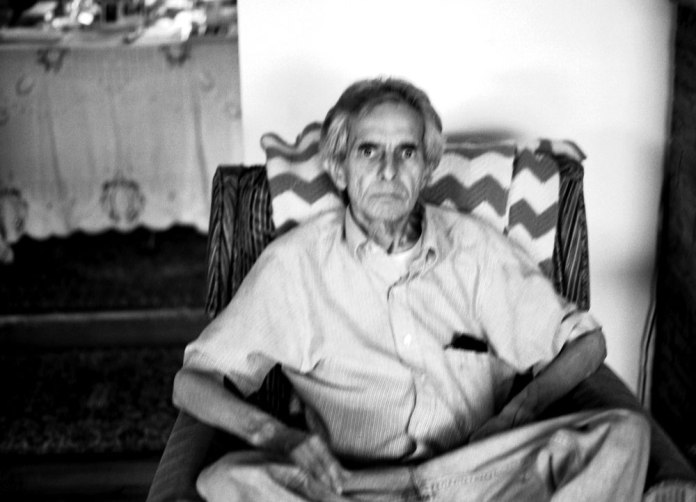 Dad in his chair. It’s out of focus, but I love how he looks directly at the camera. Photo by Francis DiClemente.

I had recently relocated to central New York from Arizona, and I was fortunate enough to spend a lot of time with him before he passed.

He lived with his mother, my grandmother Amelia, a stooped, red-haired woman who had coddled my father from the early days of his youth. He clung to her as the anchor of his life, which contributed to the demise of my parents’ marriage and also affected our relationship. 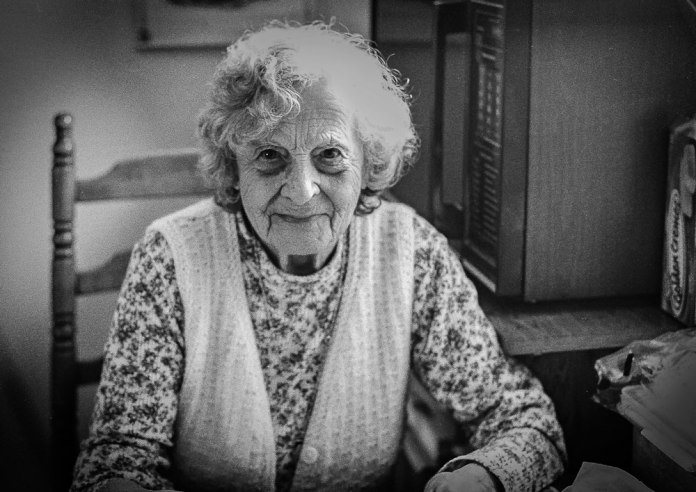 I don’t fault my grandmother because I don’t think she could have helped herself when it came to trying to protect my dad. He had been born with a hole in his heart, and the life-threatening condition worsened as he grew. He was a short, frail and underweight boy who was mocked by other kids about his size, labeled as a “shrimp.”

In the late 1950s, my grandparents took my father to Minneapolis, where pioneering heart surgeon C. Walton Lillehei repaired the ventricular septal defect in a seven-and-a-half-hour operation at the University of Minnesota Heart Hospital. 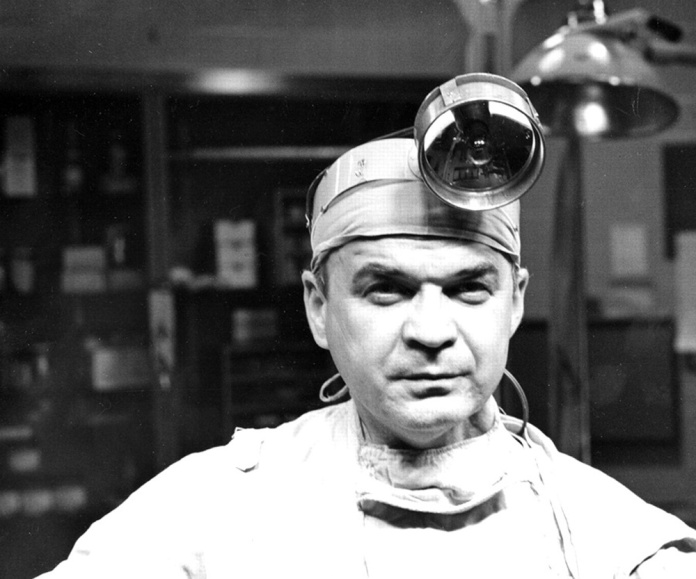 And Dad was proud to have been among the first batch of patients to survive open-heart surgery in the U.S. Whenever he told the story to someone, he would lift up his shirt and show off the long scar snaking down the middle of his chest.

As the months passed in the spring and early summer of 2007, he became weaker and weaker as the cancer ate away at his body, leaving him looking like a shriveled scarecrow.

He had always eschewed desserts and when offered them, would say, “No. I hate sweets.” But as his time on earth elapsed, he went all out when it came to food—eating Klondike bars, Little Debbie snacks, Hostess cupcakes and other junk food. His philosophy was “Why not?”

Although he had Medicaid, Dad left behind a staggering amount of unpaid medical bills. But what troubles me more, what I have been unable to reconcile, is how he ran up thousands of dollars in debt in the last few months of his life, the largest chunk coming from ATM cash withdrawals using my grandmother’s credit card.

I was never able to pin down how he spent the money. He made no large purchases of electronics or home furnishings. I assumed he used the money to gamble; but in some way I wish he had supported a mistress or a family he never told us about, or that he gave away the cash to charities. Instead, I am only left with unanswerable questions. I helped him to file for bankruptcy, but in an ironic turn to the story, he died before a decision was reached in the case. 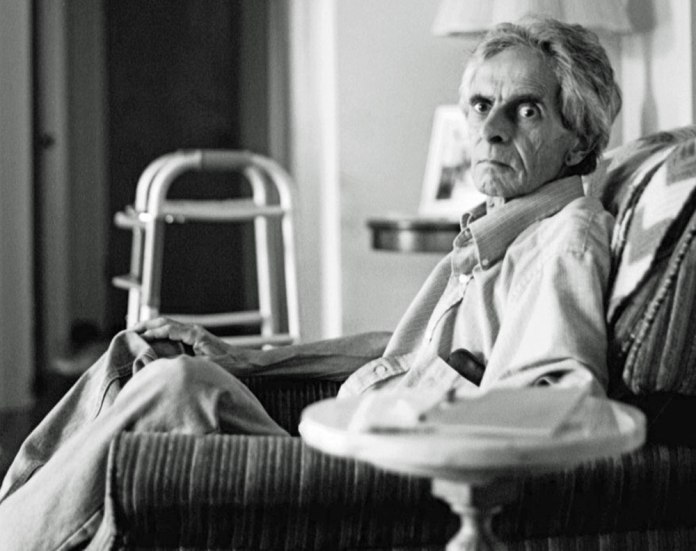 I remember a funny conversation I had with him one afternoon while we sat in the living room of my grandmother’s small ranch house in north Rome. Sunlight poured through a large bay window, past the partially opened silk curtains. Outside I could see a clear sky and trees burgeoning with leaves—a bright, saturated landscape of blue and green.

I sat in a corner of the room and he sat in a forest-green recliner covered with worn upholstery.

“What’s the name of the angel of death?” he asked me.

I was surprised by the question, and I said, “I think he’s just called the angel of death.”

And after a few seconds it came to me. “The Grim Reaper.”

“Why do you want to know?” I asked. “Did you see him in a dream or something?

“No, but I want to know his name when he comes.”

I could go on and on about my dad, but that’s the strongest memory I have of him in his waning days. 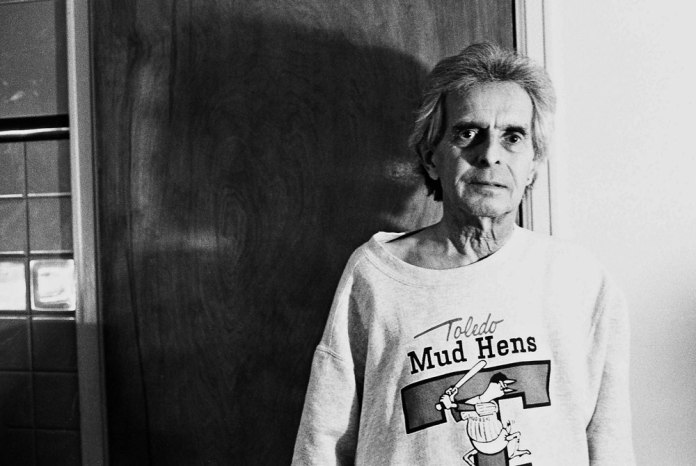 Dad in the kitchen. Photo by Francis DiClemente.

And I don’t normally use this space to write about my family, but I felt compelled to pay tribute to a man who left no significant contribution to humanity (as judged by the world’s standards)—he never earned prestigious academic honors, never published a book, never ran a company or made enough money in his lifetime to buy a retirement home in Florida.

Instead, he toiled away in obscurity and mediocrity as a working-class person. My sister and I received no inheritance, save a small insurance policy that paid out after his death. And his shy, aloof nature created a buffer with other people, a barrier to forming deep relationships (except with a few close friends). 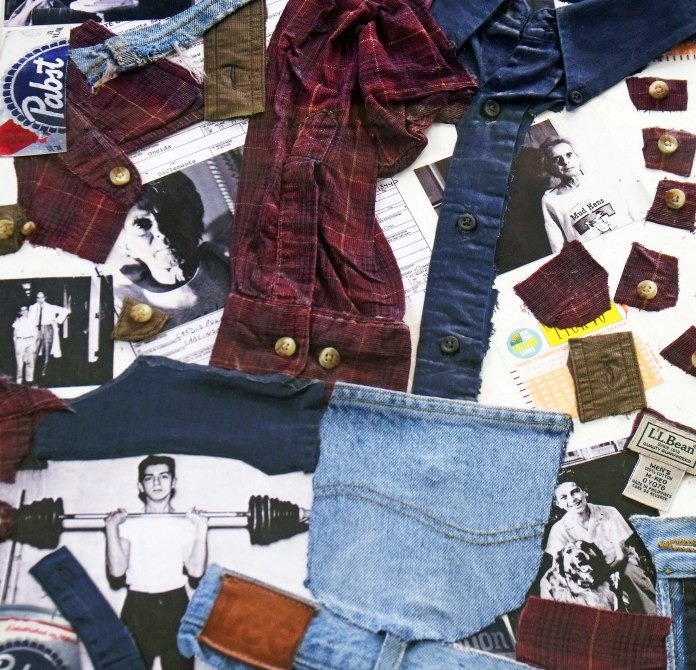 Fabric of my Father, a collage I made comprised of objects from his life. Photo by Francis DiClemente.

Yet in reviewing his life, I know his kindness, work ethic and willingness to help others set an example for me that I have tried to uphold. And the debts he accrued do not cancel out those qualities.

The one word I keep coming back to is decency. My father was a good and decent man. That may not be cause for celebration in our society. But it’s enough to fill me with pride, and I hope to carry on his values as I carry on his name.

6 thoughts on “Remembering My Father On His Birthday”