I just wanted to mention that one of my personal essays, Date with School Nurse, has been published by You&Me-America’s Medical Magazine, an online medical magazine. You can read the piece here. Thanks for taking a look!

And here’s the full text of the story:

I thought I was done visiting the school nurse after junior high school.

I thought I no longer needed to be excused from class and sent to the nurse’s office with a sore throat or tummy ache. And in fact no student enjoys seeing the school nurse. In addition to feeling sick, he or she is embarrassed about being separated from the rest of the class.

That’s how I felt when I had to visit the school nurse three times a week when I was a student at St. John Fisher College in Rochester, New York, in the late 1980s and early ’90s. 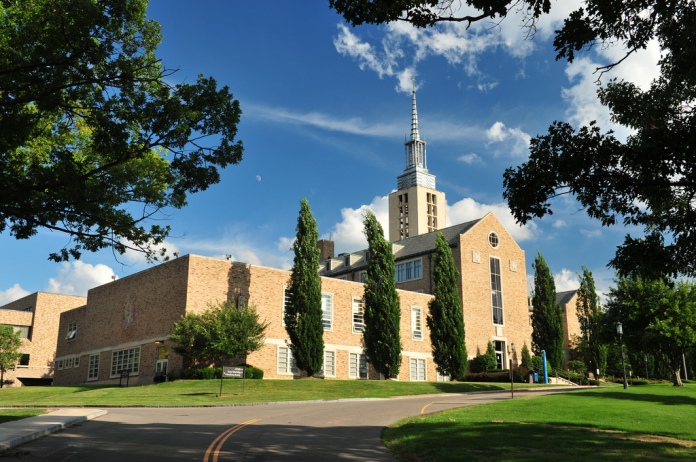 I did not have an acute illness. Instead, I suffered from panhypopituitarism—a deficiency of all of the hormones the pituitary gland produces—resulting from a craniopharyngioma (a pituitary tumor) that was surgically removed during my sophomore year in high school.

As a college freshman I looked like a 14-year-old boy and, initially, some of the other students mistook me for an academic prodigy. I had to explain to them I was of normal intelligence but appeared young for my age due to my pituitary condition.

My endocrinologist in Syracuse had prescribed me synthetic human growth hormone to help me grow, and my mother had learned how to give me the HGH shots when I lived at home.

But when I went away to college, my doctor had arranged it so the school nurse could deliver the injections. He said it was important for me to continue the treatment.

The nurse, Nancy (name changed), was in her forties and had shoulder-length dark hair. She wore red lipstick and a white uniform that hugged her voluptuous figure, and she reminded me of a less glamorous version of Jane Russell.

But her kindness and professionalism stood out more than anything else.

Her small health office was located in the basement of a campus building, just around the corner from a student lounge and down the hall from the college radio station.

I would try to go there early in the morning, when few students would be hanging out in the lounge. I didn’t want anyone to see me visiting the nurse on a regular basis because I considered my condition abnormal compared to students who had the flu or some other common health issue.

Nancy would greet me warmly when I would enter her office. “Come on in,” she would say.

We would make some small talk, discussing the weather, news, sports or plans for the weekend.

If she didn’t have a patient with her I would head right to the exam room in the back of the office, toss my book bag on the floor and get ready for the shot. She would follow me into the room, pull the growth hormone out of her small brown refrigerator, mix the solution and prepare the syringe, tapping it and releasing any air bubbles.

She knew my dosage based on the endocrinologist’s instructions. She also kept a chart in my file listing the dates and dosages of my injections, marking my progress as the months went on.

I would drop my pants and underwear and lean against the exam table, my cold fingers crinkling the white paper that covered the table. She would rip open an alcohol pack, and the pungent smell would hang in the air as she spread the alcohol on my buttock.

“OK, just a little poke,” she would say as she prepared to inject the medicine. I would feel the sting of the needle breaking the skin and then being inserted into the muscle, and the pain would intensify as she pushed down on the plunger.

Then Nancy would remove the needle, rub some more alcohol on me and say, “You’re all set. I’ll see you on Wednesday (or Monday or Friday, depending on the day).” I would pull up my pants, thank her for the shot and exit the office.

Her efficiency meant the visits to the nurse’s office never took more than five minutes out of my day.

Still, I felt humiliated that I had to go there three times a week. My physical appearance distinguished me from the other kids on campus, and I saw myself as an aberration because I needed drugs to initiate puberty.

And I am ashamed to admit it now, but while the other students at Fisher were pairing off at parties and having sex in their dorm rooms, Nancy was the only female to see me undress during my four years at the college.

Yet what made Nancy special was that she never called attention to my condition. She treated me according to the doctor’s instructions and expressed concern for me, but she never made me feel like I was special or peculiar.

To her I was just another patient, no different than one who had the mumps, the chickenpox or a sprained knee. She completed the task of giving me the shots without making a big deal about it. And her businesslike approach made me feel more comfortable about going there. Her office became a safe space where I could get the treatment I needed for a medical condition I had no control over.

And in time my body responded to the hormones I received. I grew in height, my features matured and I developed into a man. It was a long, circuitous trek, but my biological age finally caught up to its chronological equivalent, giving me a sense of normalcy in adulthood. And I have Nancy to thank, in part, for helping me to arrive here.

4 thoughts on “Date With a School Nurse”