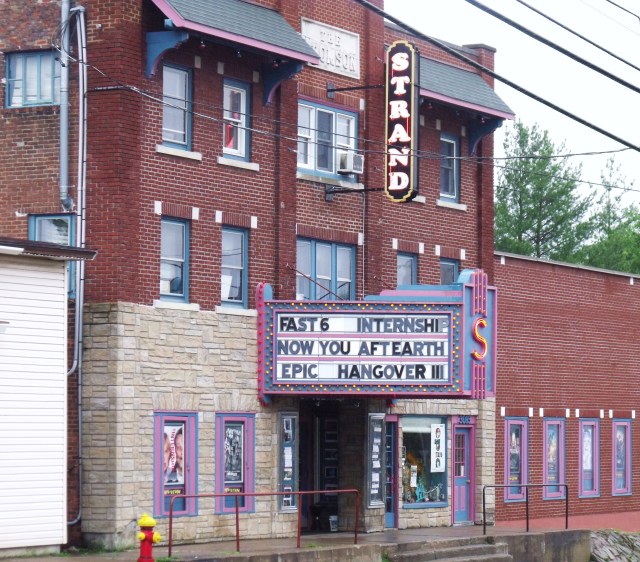 For movie junkies, entering The Strand Theatre in Old Forge, N.Y., is like stepping back in time to the golden age of cinema, and the dust of past decades clings to the old cameras, projectors, editing systems, film reels and movie posters scattered throughout the small theater.

The theater opened in March of 1923 and is celebrating its 90th anniversary this year. But it still shows the latest releases.

While I was on vacation in Old Forge in early June I saw Vince Vaughn’s The Internship and Now You See Me at The Strand. Walking around before one of the shows I gazed up at a promotional poster for the 1938 film Angels with Dirty Faces, starring James Cagney, Pat O’Brien and Humphrey Bogart. Seeing that item alone would have made my night.

But then I turned a corner inside the theater, just past the snack bar, and a wave of nostalgia hit me. I felt like an archaeologist unearthing the instruments of a lost civilization, as the long narrow room was filled from floor to ceiling with film cameras, projectors, advertisements, photos, posters and newspaper clippings—a museum-quality display of movie memorabilia and analog 20th Century technology. 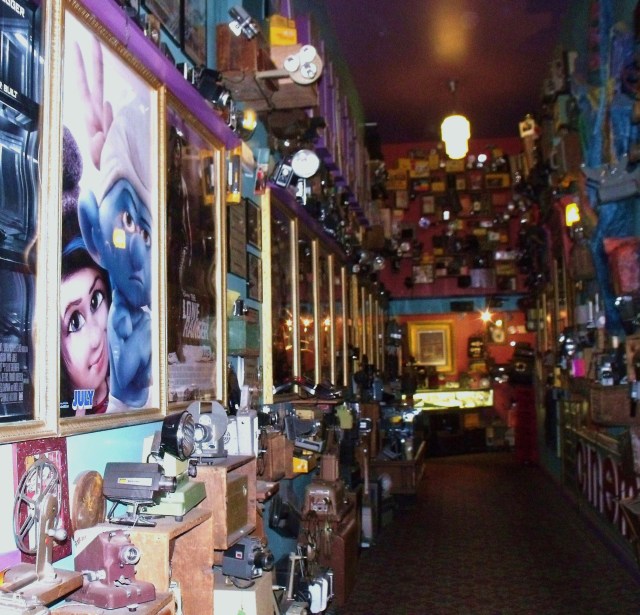 Movie cameras and projectors on display inside The Strand Theatre.

Owners Bob Card and Helen Zyma bought The Strand in November of 1991 and opened on Memorial Day in 1992.

Card says the collection stretches back to the early 1980s, when the theater was under different management. But he says it continues to grow. “Customers leave off cameras all the time,” he says. “Sometimes you open, you know, and they’ll be a bag or box of cameras in front of the door, and you don’t even know where it came from.” He adds, “Other people, clearly, they give you their family’s cameras and then, you know, they come back and visit them.” 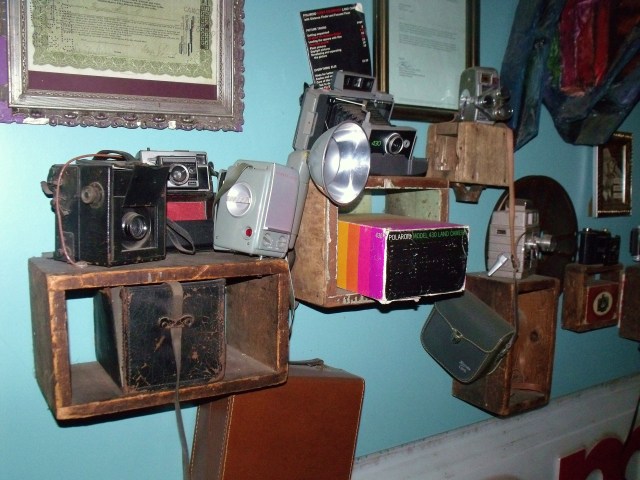 Still cameras on view inside The Strand Theatre.

The collection didn’t seem to be in any particular order, which made it fun to explore. 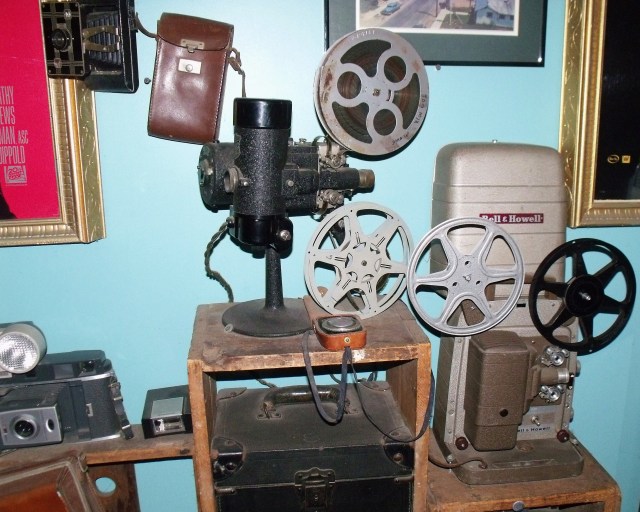 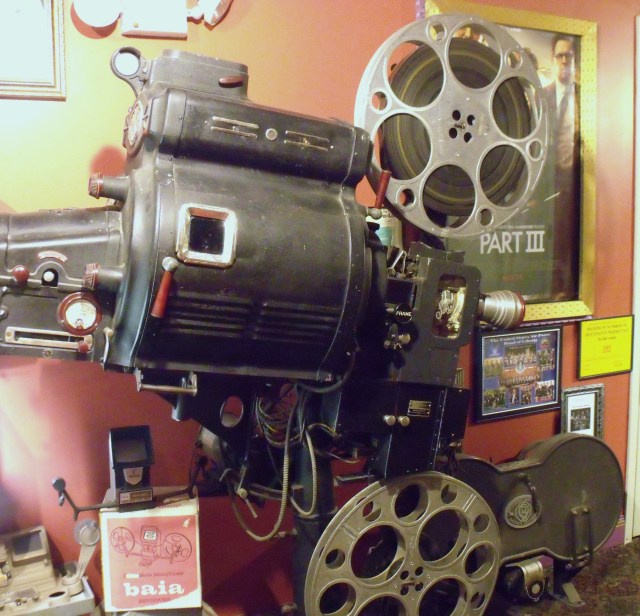 Card says the cameras and projectors are interesting from a design standpoint. “So many different ideas were tried with them. They’re fun to look at. They used to be fun to use.”

Something else about The Strand made the movie-going experience even more entertaining; Card’s dog, a brown and white Siberian husky named Noah, serves as the theater’s mascot and greets customers as they buy tickets or get snacks at the concession stand. Noah also does cleanup work; on one of the nights I was there, he came into the auditorium, padded down the aisle and scooped up some popcorn that had fallen onto the floor in one of the rows.

Card, who is lean with an angular face and has long shaggy brown hair—picture a lead guitarist for a 1970s rock band—says Noah is a working husky and feels right at home in the theater. “He’s a social butterfly. He loves everybody.”

The “Big Burden” of Digital Conversion

Many independent movie theaters like The Strand are facing an economic challenge that threatens their existence. They must convert from 35mm projectors to digital systems because the studios will no longer distribute film prints.

“Most of the major theater circuits have converted to digital, so there’s very few people still running film at this point,” Card says. “A year ago … it was still almost half and half … and so the pressure’s on.” He adds, “there’s one lab making 35mm prints now instead of four. We’ll find this summer after Labor Day it’s gonna be thinner, the availability.”

He says there’s no hard and fast deadline for the conversion, “but this fall seems to be the deadline based on what distributors are saying, that there really won’t be that much film available.”

In order to make the switch, The Strand will need four digital projectors, along with computer servers, lenses and networking equipment. “Our bills are right at $300,000 to do four auditoriums,” Card says.

The Adirondack North Country Association (ANCA) and the Adirondack Film Society have launched a fund-raising effort to support the digital conversion for The Strand and a number of other movie theaters in small communities across northern New York. The campaign is dubbed “Go Digital or Go Dark” and the goal is to raise enough money for each theater to complete the upgrade by the end of the year.

For more information or to contribute, go to http://www.adirondack.org/GoDigital/. And here’s a trailer for the campaign.

And as for the future of The Strand, he says: “We want it to always be here. Hopefully it will.”