Today marks the thirty-sixth anniversary of my first brain surgery. As I’ve written about before, on Dec. 12, 1984, surgeons at SUNY Upstate Medical Center (now named Upstate University Hospital) in Syracuse, New York, removed a large craniopharyngioma that had engulfed my pituitary gland, leading to stunted growth and delayed puberty in my early teenage years. 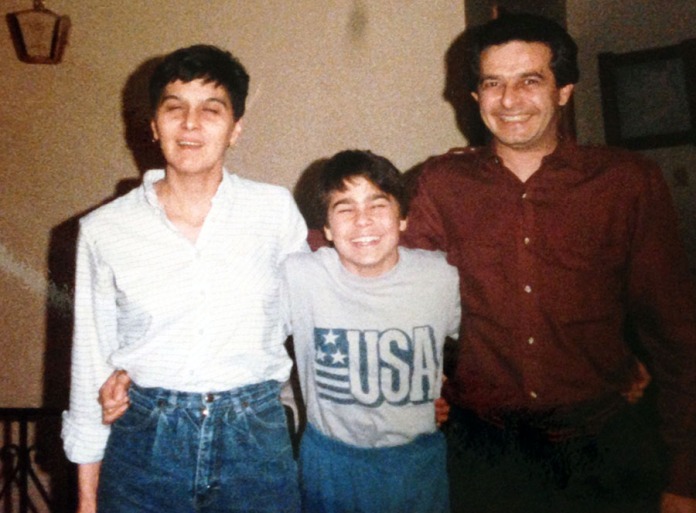 Posing with my parents prior to my surgery in 1984.

Prior to the surgery, in the fall of 1984, a scan of my head had revealed a cloudy mass in the sella region at the base of the skull, and the results of a follow-up CT scan with radiation contrast came a few weeks later. 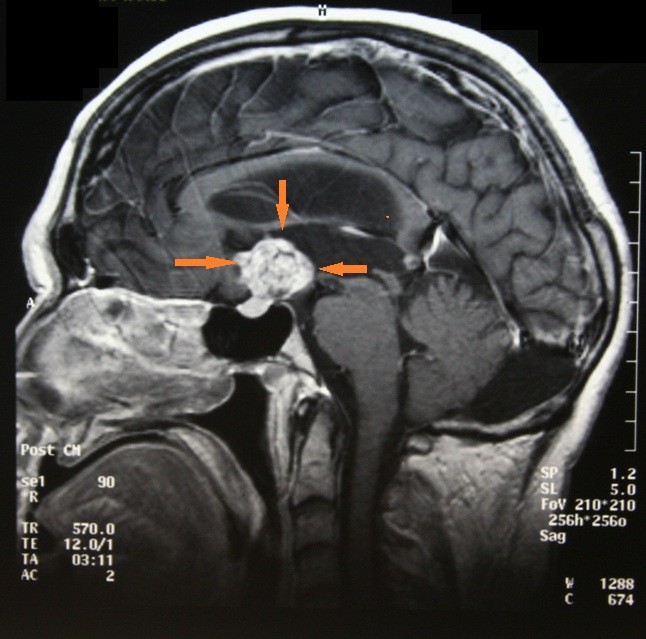 I received the news about the brain tumor diagnosis from my father, after he picked me up from wrestling practice on a cold November night. This poem describes that encounter.

Dad put the car in park and let it idle,
and as I slid into the seat and adjusted myself,
he leaned over and kissed me on the cheek,
his tan winter coat brushing against the steering wheel.
I felt a trace of his razor stubble against my skin,
and I could smell a faint odor of Aqua Velva or Brut,
combined with cigarette smoke.
The heater hummed, and he lowered the blast of air
and turned and looked at me.
I wondered why we weren’t moving yet.
He wasn’t crying,
but he appeared on the verge of spilling emotions.

“What’s the matter Dad?” I asked.
“The hospital called your mother today,” he said.
He switched on the overhead light,
reached into his jacket pocket,
and pulled out a torn piece of paper.
“Here,” he said, handing me the slip of paper,
“this is what they think you have.
I wrote it down, but I don’t know if I spelled it right.”
Scribbled in faint blue ink was the word “craniopharyngioma,”
although my father had misspelled it.
His voice cracked a bit as he said, “It’s cranio-phah-reng . . .
something like that . . . I don’t know, it’s some kind of brain tumor.”

I looked at the paper and felt a wave of satisfaction
as my father let out a sigh.
He seemed locked into position in the driver’s seat,
unable to shake off the news and go through the motions
of putting the car in gear and driving away.
I think we may have clutched hands,
and I said, “It’s OK Dad. Don’t worry.
But what do we do now? What’s next?”
“You have to back there for more tests. You may need surgery.”
“All right,” I said.
He switched off the overhead light,
and he drove out of the parking lot.
We grew silent inside the car
as we passed the naked trees lining Pine Street
in our city of Rome, New York.

While my father was crestfallen,
I remember being elated as I sat in the passenger seat.
The CT scan with contrast had given me a medical diagnosis—
a reason for my growth failure at age fifteen.
It explained why my body had not changed,
why I never progressed through puberty,
and why I was so different from the other boys my age.
I still considered myself a physical anomaly,
but the tumor proved it wasn’t my fault.

That knowledge gave me some satisfaction,
and I couldn’t help feeling a stirring of excitement.
I looked down at the piece of paper again
and studied the word—“craniopharyngioma.”
I tried to sound it out in my head while my dad drove on,
and I thought the word
would roll off my tongue like poetry if I said it out loud.
Craniopharyngioma. Cranio-Phar-Ryng-Ee-Oh-Mah . . .
sort of like onomatopoeia.