I haven’t had a chance to blog in a while, as I have been busy with video projects in my full-time job and a long-term writing project in my off-hours. But I wanted to point out that a couple of my stories have been published online. The first is an essay that was originally published in a Chicken Soup for the Soul anthology; it’s now posted in the Life Tips section of Medium. You can read it here.

The second story is a fantasy flash fiction piece that was originally published in the magazine The Literary Hatchet. I recently received an email from the editor of Sub-saharan Magazine, an online magazine dedicated to publishing speculative fiction with an African flavor. It was a nice surprise, having someone from across the globe read something I had written and want to use it. The editor asked if he could re-publish the story and change the characters’ names to African names so the piece would be consistent with the magazine’s mission. I said sure and the story is now online. You can read it here.

Now switching gears, I would like to mention I’ve been reading some poems by Samuel Menashe (1925-2011). 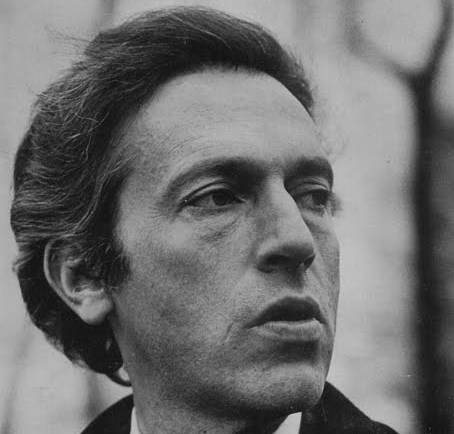 He was a master of compact, precise poems that leave an impact; it seems Menashe never wasted a word or wrote more than was needed to produce the desired effect. I’ve been scanning through the website Poem Hunter to read some of his works. Here are a few I found memorable:

Before long the end
Of the beginning
Begins to bend
To the beginning
Of the end you live
With some misgivings
About what you did.

For what I did
And did not do
And do without
In my old age
Rue, not rage
Against that night
We go into,
Sets me straight
On what to do
Before I die—
Sit in the shade,
Look at the sky

I need to check out a Menashe book from the library to really probe his work; online skimming doesn’t do justice to a poet of his magnitude. Reading Menashe also brought back warm memories of when I discovered two of my all-time favorite poems—both great examples of brevity and wit. They are Langston Hughes’ Suicide’s Note and Dorothy Parker’s Resumé, and I think they resemble Menashe’s style.

The calm,
Cool face of the river
Asked me for a kiss.

Razors pain you;
Rivers are damp;
Acids stain you;
And drugs cause cramp.
Guns aren’t lawful;
Nooses give;
Gas smells awful;
You might as well live.

That’s it for now. I hope to come back to the blog more frequently, but alas I make no promises. Happy reading and creating.