Do the dead still have voices? That’s the question I asked myself on Saturday night as I left the Onondaga County War Memorial after game two of the Syracuse Crunch-Rochester Americans Calder Cup playoff series. The Crunch won 6-5 to take a 2-0 series lead.

The question about death was incited by a solitary moment I experienced early in the game. With about five minutes left in the first period, I left my seat in section 19 to beat the rush to the concession stand. I bought a coffee, a bottled water and an order of chicken tenders and then wandered through the concourse until I stepped into Memorial Hall, the grand space that honors the brave men and women from Onondaga County who gave their lives in battle.

I let my eyes wander around the room. Sunlight streamed through high windows and a row of American flags lined one side of the hall. There were two huge murals on opposite walls (painted by G. Lee Trimm) and bronze tablets with the names of those who died in the line of duty. The mural closest to me displayed figures dressed in World War I uniforms who appeared to be scaling what looked like a large block of white granite. 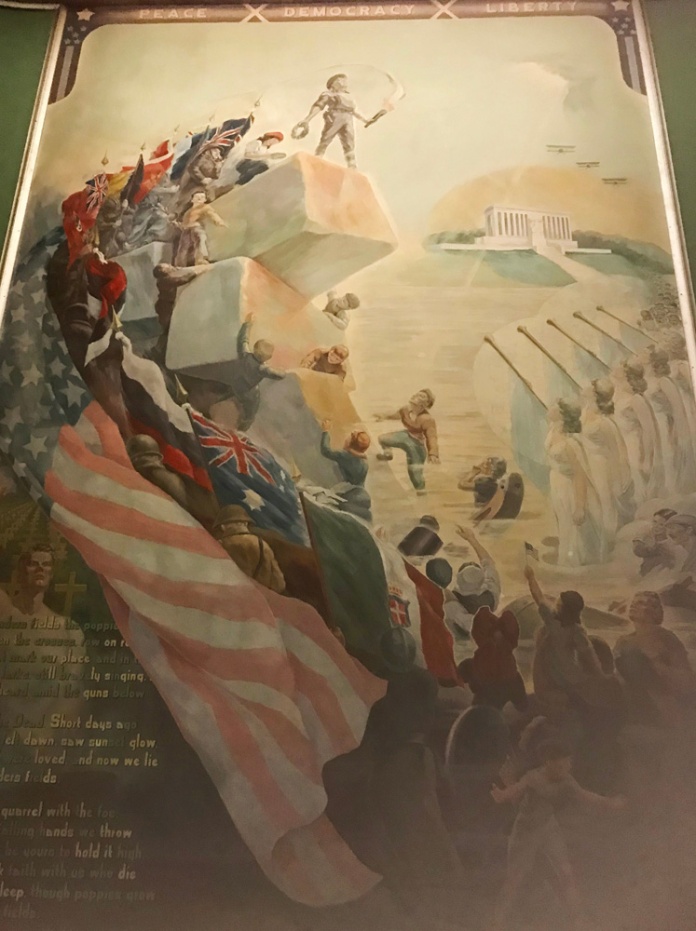 In the bottom left corner of the painting a man stood with his right arm raised, an American flag sweeping down near him, and the words to the poem “In Flanders Field,” written by John McCrae, inscribed over the man’s torso.

According to PoemHunter.com, McCrae was a Canadian poet, physician, author, artist and soldier during World War I. 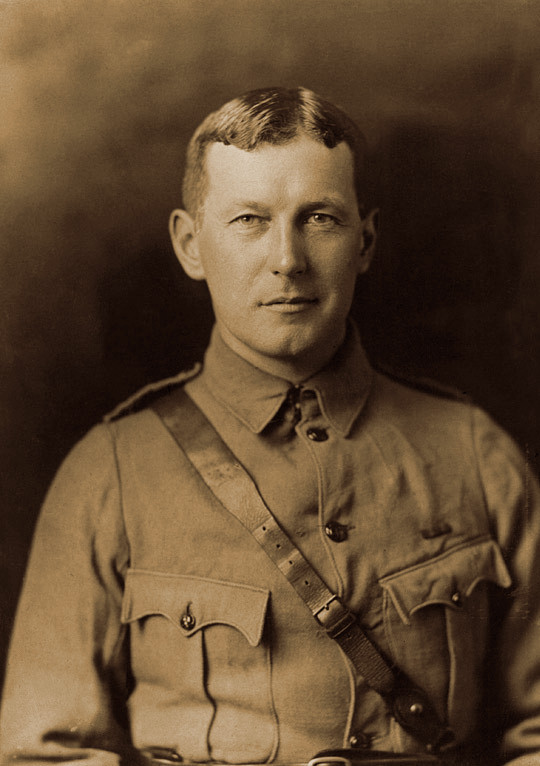 I read the poem and the words struck me.

In Flanders fields the poppies blow
Between the crosses, row on row,
That mark our place; and in the sky
The larks, still bravely singing, fly
Scarce heard amid the guns below.

We are the Dead. Short days ago
We lived, felt dawn, saw sunset glow,
Loved and were loved, and now we lie,
In Flanders fields.

Take up our quarrel with the foe:
To you from failing hands we throw
The torch; be yours to hold it high.
If ye break faith with us who die
We shall not sleep, though poppies grow
In Flanders fields. 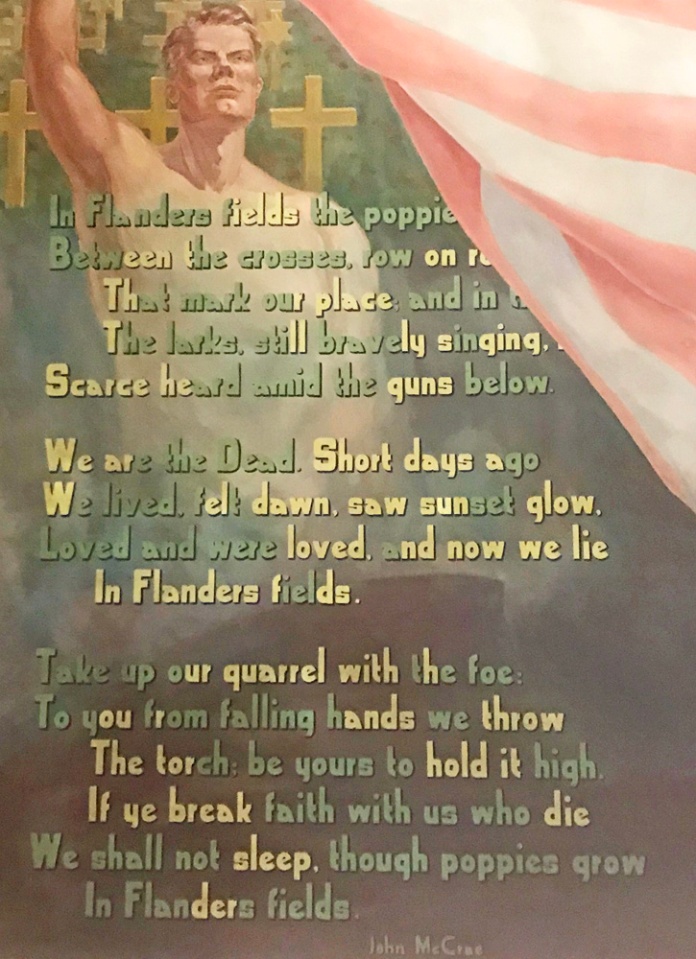 Words to the poem “In Flanders Field,” painted in a mural by G. Lee Trimm.

The poem made me aware of the transitory nature of existence and gave me the sense that death looms even in a place like a hockey arena bubbling with life—with kids screaming, loud music blaring, and fans chugging beer and yelling until their throats become hoarse.

It goes beyond honoring deceased veterans; the poem should make us all feel grateful for the time on earth we’ve been granted, for the opportunities we’ve been given and for the people we love and who love us back. But I think McCrae is also telling us we will all face our Flanders Field in one form or another, and so we had better enjoy living while we can.

For me, living meant savoring four of my favorite things intersecting in one place and at one time—art, poetry, coffee and hockey. And that’s not a bad way to spend a Saturday night.

2 thoughts on “Art and Poetry at a Hockey Game”