We said goodbye to a member of the family last weekend—my 2001 white Ford Focus, as I traded it in, fetching only $500, and bought a new-used vehicle, a 2007 Honda CR-V. The switch was long overdue. The Focus had outlived its time. It had rust, dings, scratches and a rotting subframe that my mechanic told me wouldn’t make it through another winter or pass another New York State inspection. 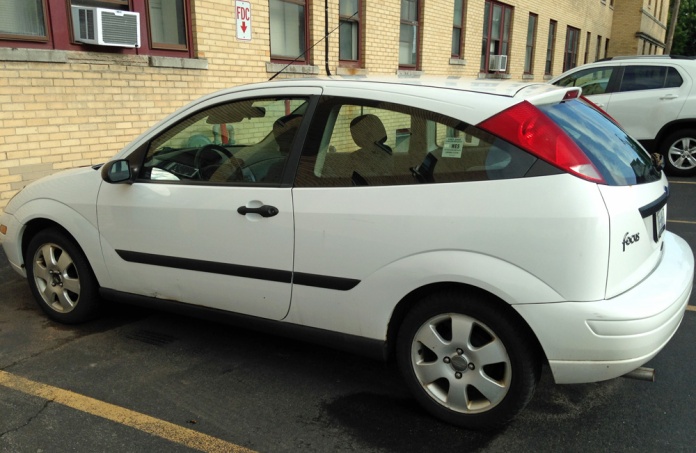 So after doing some online research, I decided to buy a used vehicle, as opposed to leasing. I went with the Honda CR-V because of its reliability and the all-wheel drive feature for the snow. Also, as a larger vehicle, it’s well suited for our small family that includes my wife, Pam, and my nearly six-month-old son, Colin Joe.

I test drove the CR-V a couple of weeks ago, and at first felt odd sitting in such a large vehicle. But after driving it on the highway and in my neighborhood, I felt more comfortable navigating the roads. I’m still not used to it yet, and I think parking may take me some time to master. 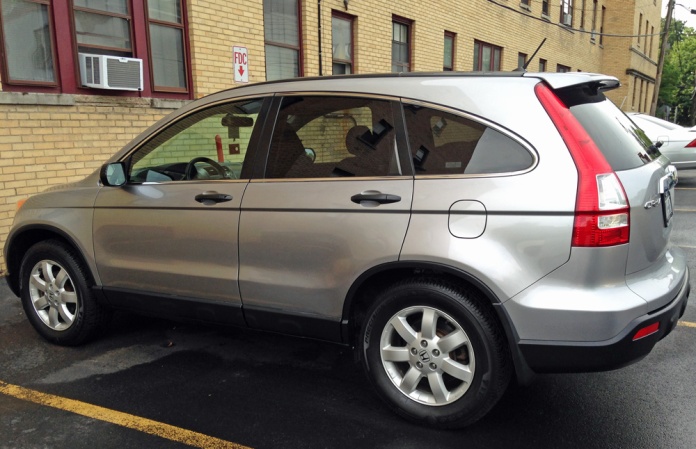 As for the Focus, I had mixed feelings as we parted ways. The car certainly didn’t owe me anything and had sustained a long—although at times troublesome—life.

I bought the Focus in November 2001 at Bell Ford in Phoenix, Arizona, where I used to reside, after a woman ran a red light and slammed into my used, root-beer colored Honda Accord, caving in the passenger side, causing damage too great to repair. I decided to go with an American car during the post 9-11 days when patriotic Americans felt the need to buy U.S.-made vehicles. In Arizona the car was perfect; it had air conditioning and got great gas mileage.

I was single at the time with no kids. I was working an overnight shift at a news wire service in Scottsdale and made the half-hour, one-way commute from my apartment in Phoenix to the office park each night. Other than running errands and making occasional trips to Turf Paradise racetrack to watch the thoroughbreds and bet a few races, my driving was limited so I didn’t put a lot of miles on the car. 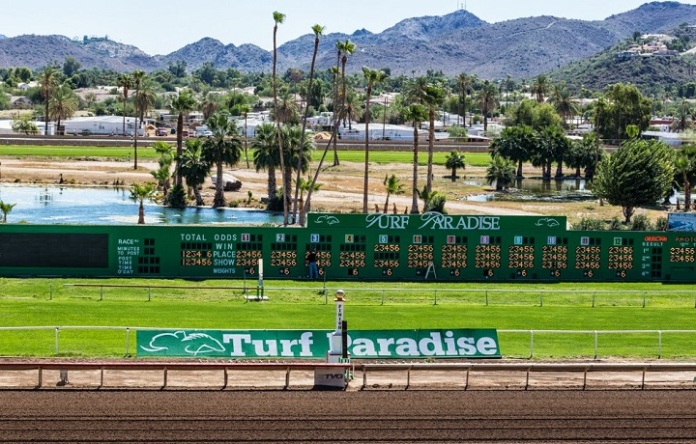 The fuel pump died along the steep incline of State Route 87 northbound during a trip I made from Phoenix to Pine, Arizona. I was on my way to visit some friends who lived in Pine, and the vehicle started losing power, puttering along. I had to turn on my emergency flashers and the car finally died on the side of the road. The highway patrol came along, and I called a tow truck to tow me into Payson, where the car was left with a mechanic in town. My friend came to pick me up and I had to stay the weekend in Pine and wait until the fuel pump was replaced on Monday morning.

In 2006 I decided to relocate to upstate New York, and for a short time stayed with my mother and stepdad, Bill, at the their home in Rome. I left Phoenix on a clear, star-filled night and drove northbound on I-17 and then eastbound on I-40 into New Mexico, Texas and Oklahoma—where I almost got washed off the road during a torrential thunderstorm in Tulsa.

In the early part of the winter of 2006-07, I drove from Rome to nearby Utica during a snowstorm. I had a job interview scheduled at WKTV-TV, but I never made it there because I had failed to realize that all-season tires on a small car would simply not perform well enough in the snow of a fierce central New York winter. My car kept sliding down Smith Hill Road, and I became so afraid that I would end up stuck on the side of the road that I just turned around and drove home, dejected.

Imagine my embarrassment when I called the operations manager to apologize for being a no-show and had to give the lame excuse that I couldn’t make it to the station in the snow.

Even after I put on new snow tires, the Focus still struggled in the snow. I had one scare where I did a 180 on Route 5 in Madison County during a snowstorm, with traffic coming at me in the opposite lane. Fortunately, the other motorists were driving slowly and they saw me ahead of time and were able brake and avoid a collision. I was able to steer back to my lane and keep going on my way.

Since the time I started working at Syracuse University in 2007, I have lived within walking distance to campus. So during the winter I would leave the car in my apartment parking space or in the University Avenue Garage a short distance away. I walk to work practically every day and only took out the car out in the winter for grocery shopping or other errands. I also rarely visit my family in Rome between Christmas and Easter because of the snow.

As a result of my limited driving, when I finally traded in the Focus, its mileage read about 87,000. Not bad for nearly 15 years of existence.

What else gave me headaches?

The car’s wheel bearings went another time. Then the power window on the driver’s side malfunctioned and wouldn’t go back up, getting stuck halfway in between.

But the car had been paid off since 2006 and although I had to put some money into repairs, it had been a decent car for me for the past several years. Although I realized how small it was when our son came along and we had to add the car seat. It was always hard getting Colin situated in the car seat in the backseat because the Focus had just two doors. And I was always afraid I would trip while lifting his car seat and stepping out of the car.

So in many ways, I had no choice but to buy a new-used car, even though I didn’t want to have to carry a monthly car payment. I’m hoping I’ll get adjusted to the CR-V soon and will come to appreciate the added size. But I’ve also realized cars are finite machines, and eventually they all break down. I hope this one gives me a little life. It has about 97,000 miles on it and I’m hoping to stretch it to at least 160,000 to 200,000.